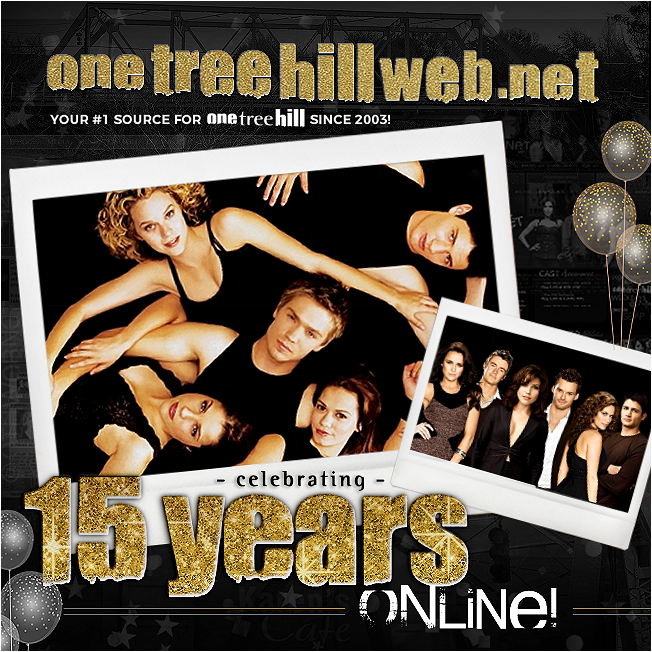 IT'S OUR *GOLDEN* BIRTHDAY!

On November 15, 2003 we launched OneTreeHillWeb.net, and for the last 15 years we have been able to share our love of "One Tree Hill" with millions of fellow fans (including some that became close friends of ours), and we've created incredible memories along the way---one of which was watching the filming of the "Boys vs Girls" rivercourt basketball game in the season 4 finale and realizing that when the director called "cut", the spirit of the scene didn't end.

The bond of the cast off-screen was as electric as it was on-screen, and it's the magnitude of that...that family unit that unites cast, crew and fans to create our "OTH family"... that's what has made OTH and OneTreeHillWeb.net a home for us for a decade and a half.

In 15 years, we can't tell you how many thousands of hours have gone into creating OTHWebnet, but the dedication has been filled with love for the show and with encouragement from fellow fans, the cast and the crew--which is something we've always appreciated. We love our #OTHfamily.

In recent years, we've adapted to social media and its importance for fast-traveling news, something that wasn't available in the early stages of the show, however, we haven't lost our zest for the website--so, be on the lookout in the coming weeks/months for changes to the website that will include some surprises and contests!

Thank you all!!
Cortni & Nelly